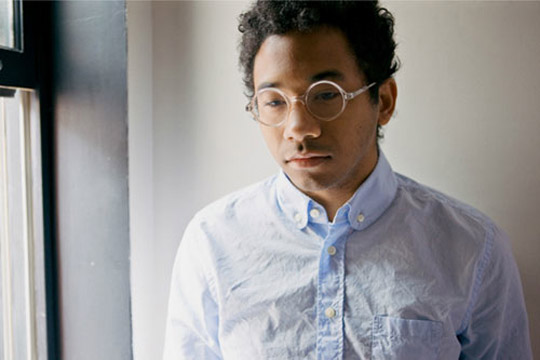 Chazwick Bundick better known by his stage name Toro Y Moi, is an American recording artist and producer. His music has taken on many forms since he began recording, but he is often identified with the chillwave movement of summer 2010. As of 2011, his sound has struck out toward progressive rock, especially in a live setting.

The name “Toro y Moi” can be roughly translated to “Bull and Me”.
Bundick was born on 7 November 1986, in Columbia, South Carolina, and attended Ridgeview High School where he formed well-known Columbia indie rock band The Heist and the Accomplice with three schoolmates. He is of Filipino descent from his mother and African-American descent from his father.

Bundick graduated from the University of South Carolina in spring of 2009 with a bachelor’s degree in graphic design. Late in his school career, Bundick formed a close musical relationship with fellow chillwave luminary Ernest Greene who plays under the name Washed Out.

He has since been signed to Carpark Records, on which he released his first full-length album Causers of This in January 2010.

His second album, Underneath the Pine, was released on February 22, 2011. He has been chosen by Caribou to perform at the ATP Nightmare Before Christmas festival that they co-curate in December 2011 in Minehead, England.[1] On September 13, Toro Y Moi will release a new EP titled Freaking Out. The EP features a cover of “Saturday Love” by Alexander O’Neal & Cherrelle.


Warning: count(): Parameter must be an array or an object that implements Countable in /home/acrhive/domains/wpshower.com/public_html/synch/wp-includes/class-wp-comment-query.php on line 399